Shirley, display that gripping fear that black people feel even today whenever they drive down those dark country roads at night—let alone in , when the film is set. The potential dangers they face are never addressed in the film. Leftwich, another Shirley family member, via an email. This is why context and nuance are so important. The fact that a successful, well-to-do Black artist would employ domestics that did NOT look like him, should not be lost in translation.

Our Mother died when I was 2 days old, my brother was 9, he never lost touch with me as the movie purports…he was my Best Man when I was married in Our 2 brothers, Dr. Calvin H. Shirley and Dr. Edwin Shirley, Jr. We saw each other often and talked, by phone, on a regular basis!! Insulted, discriminated against, disrespected as a man and an artist, rejected…YES. No one, EVER, had to teach my brother how to eat fried chicken. Lest one forgets, our Father was an Episcopal Priest, born in Jamaica and our Mother, likewise was from Jamaica, and when we moved to the States, we were in the South.

My husband once held to a notion that he was very Irish. He loves Shane Macgowan, the Pogues, everything about the irish and and sings so many traditional Irish songs Same story with my husband - he swears up and down that he's Irish, but there's just no geneology so far that shows that fact and I've got data going back to 5th great grandparents. My father swore up and down he had an uncle die in Pearl Harbor.

I could not find any evidence of that. Not so much mis-truths as they are misunderstandings. My Uncle was under the impression that his grandmother stayed in Scotland, while the rest of the family immigrated to Canada, when in reality she died the year before they left. Since my family has never talked much about the family history or even researched, Iv'e had more positive revelations than bad ones. On a complete side note, Iv'e found quite a few "Final Destination" style deaths in my family I'm getting the impression I'm either living well into my 90's or dying from a freak accident.

Not really a lie per-say but my grandmother never knew who her real father was.

The Kelly Family - No Lies

Her mother never told her and gave my grandma the last name of her first husband, Charles Johnston. My great grandma divorced Charles Johnston quickly, within a year I believe, so my grandma always thought Charles was her father. One day she went to a bar with her first husband, my grandpa, sometime in the 60s because she heard rumors that Charles often hung around there.

Around this point my grandma had given up on trying to find her real father all together. I asked her a couple times who her father was and she never told me. I thought so too. I had done research on Charles Johnston but could come up with nothing to show for it. We showed up and chatted with her for a while. Finally, I asked her about her father and it was too late for that. I immediately started searching for a Robert Jorgensen in the area.

The first thing I find is a census in the closest city to where my great grandma lived at this time an the two cities are very intertwined with one another. About 8 months after she was born he went off to work on the railroad. I asked my mom if she my aunt had told her anything else.

It turns out my aunt met a woman named Jerriann who looked almost exactly like my grandma and had asked her if she was at all related to Robert Jorgensen. Their last name was Holmes. I wondered if my grandma was listed as one of the daughters so I found another obituary from the library in the town Robert had lived in during the census.

Supposedly, according to my aunt, my great grandma would go to the town he lived in and visit Robert and tell him about how Yvonne is growing up unbeknownst to my grandma. My great grandma even lived in that town for nearly 10 years. Charles died in Thank you for reading all of the way through. I realize that this is a bit longer than most comments.

Our family is partly German. My great uncle who recently passed away told me that back around WWI before his time , a lot of people suddenly stopped claiming German ancestry. I have very little info on them. My mom rarely spoke about her mother's family.

I recall a couple of stories about general youthful mischief perpetrated by her grandfather, but the one that stuck out was that he was involved in horse thievery and he went to jail for a short time for that. He was a giant of a man; friendly, great with kids, and just an all-around nice person. My sister told me he never married, and she thought that was odd because he was so tall, handsome and sweet. While researching another family member, I ran across an old photo of that great-uncle, his beautiful new bride and their two younger siblings, posing for a gorgeous wedding photo.

A label affixed to the front says it was taken in August I went and found her grave, just minutes from my house, and death records which verified this sad fact. Apparently, my great uncle was so heartbroken over the death of his new wife that he never sought out another romantic relationship. I'm confused how your dad's first cousin was the favorite uncle of your dad and your older siblings. Just easier to call him "uncle" than "cousin" or "first cousin once removed"? That's really sad about his wife though. I was told that my grandfather's mother had no siblings.

My mother's father died when she was a baby, so I didn't hear this from him. The absolute first thing I looked up when I started genealogical research was her parents census she was not yet born. I found out later that three more including my great-grandmother were born. Sometimes your family is just ignorant, or you have a step parent who tries to cover up something, and sometimes they just were not interested.

Well, I've spent a lot of my life believing I was descended from a Glenesk family line, it turns out according to DNA tests my other family members have done this is not the case. So, in short my great grandmother married Mr Glenesk and he was the father of her two eldest children, but not my grandmother or her younger siblings. 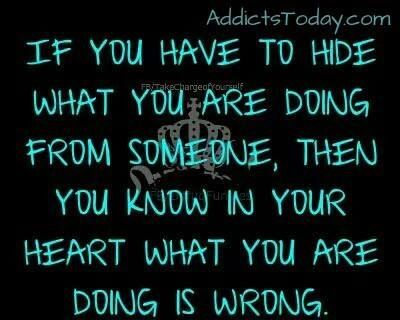 Fun times. Mine isn't so much a lie as a misdirection, similar to yours.

My father swore his family had Irish roots, and we already knew that there was German in his line as well. My father kept insisting that we were also Irish, via the Peckinpah family. He really wanted to be Irish! As I started doing research, sure enough, the Peckinpah family appeared. Dad was vindicated! I started researching that branch more carefully. Worked back to the early 's and the other shoe dropped. Their name was originally Beckenbaugh, and they immigrated from Germany. The name transformed into Peckinpah in about the mid 's, but their heritage was purely German. His grandfather died during the influenza epidemic in Wellington, NZ in His grandmother got remarried when his mum was very young and her step dad brought her up as his own.

We are not part Indian, on either side of my family and Great-great grandpa didn't ride on the pony express which never even came through our state.

The coolest story in the family is that, one fine day, the outlaw Cole Younger rode up to my GGGrandmother and was happy to shoot an arrow through her hairdo when he was angry at not finding one of her sons who had participated in a posse that killed his brother. An arrow? There may be a grain of truth in the story; it could even be true for the most part; it could be total myth.

I was told there was an Indian princess in the family on my grandpas side. Well not directly, my grandfathers 6x great grandpa last name was Chabboneau meaning Sacajawea is a distant family member. My grandmother came from a Jewish family from Brooklyn but converted to Protestant when she married my Irish grandfather, they met and married in California he was originally from Long Island.

A few years after she passed, her nephew put together a family history book which was generally based on family stories passed down through the generations, as seems to be common with Jewish families. Flipping through my copy of the book, I stumbled across a story about my grandma being previously married back in Brooklyn to a first husband who was Jewish. Story goes she got so sick of dealing with her overbearing Jewish mother in law that she bought a one-way bus ticket to Reno where she filed for divorce.

I proved a story! My grandpa always had this story that he sold popcorn dipped in John Dillinger's blood in Chicago after he was gunned down at the Biograph.


I never really believed him, but in closer research of his family, I discovered that my 2x great grandpa owned the mansion that later became the funeral home where Dillinger was brought. Her husband was out of the picture, in a mental hospital for Syphillis. So when he was 12, he did indeed live in the funeral home where John Dillinger was not sure about the popcorn part, but considering his charisma and his business acumen, I believe it!

My great-grandma got pregnant at 17 and married a couple months later to the man who was supposedly the baby's father. They had 8 more kids together over the years. He raped his oldest child when she was 17, and she got pregnant the baby is my mom. He was convinced that my grandmother wasn't his daughter, so in his mind the only wrong part of what he did was the rape.

He told my grandmother that she wasn't really his daughter, but my great-grandmother insisted that he was, and none of the other children knew what he thought.